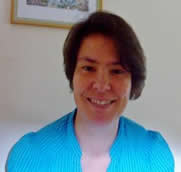 Wendy was born in Dorset, and now lives in Charlton Down, Dorchester.  She studied Singing Flute and Piano at the Royal Welsh College of Music and Drama in Cardiff and graduated with an Advanced Diploma in Singing in 1993.
Wendy has taken part in Master Classes with Tina Ruta, Brigitte Fassbaender, Joseph Ward, Joan Hammond, Adele Leigh, Paul Esswood, and Ingrid Surgenor.  She has also taken part in a number of operas  including Friend of Senecca & Goddess in Montervedi’s Coronation of Poppea, Flowergirl & Chorus in Mozart’s Marriage of Figaro and an Ugly sister in Rossini’s Cenerentola, she has also taken part in a concert performance as Frasquita & Mercedes in Bizet’s Carmen, with the Bournemouth Sinfonietta.  Wendy has also performed in many of the major oratorios and done numerous solo recitals.  She now teaches Singing, Flute and Piano and sings with the Bournemouth Symphony Chorus which have performed all the major choral works and many newly commissioned works and less know choruses, a number of which have been recorded.